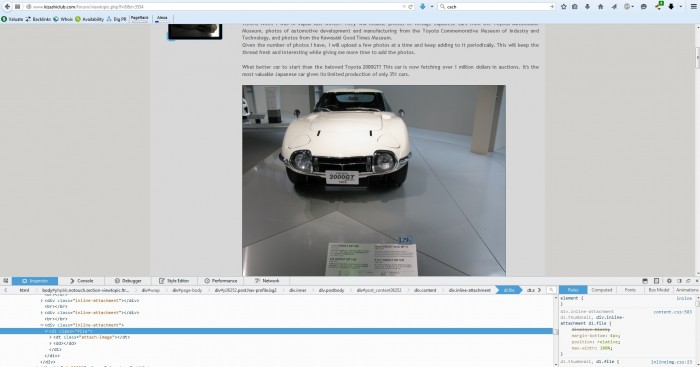 Over the last few days I have been fighting with Firefox and image attachments in phpbb. Images were appearing at their full resolution.  The problem only affected images that were placed as “inline attachments”  Regular images and attachments were scaled at they should be.

The reason for the the problem is that firefox does not know how to properly read the element because image was able to set the element size. It took me longer than I care to admit to see where it was going wrong.

1. Go to forum/styles/prosilver/theme/content.css (make sure you have a backup or are able to change it back)

It will look like this when you change it:

You should have solved your Firefox issues.  Old versions of IE… not so much.