Jack Points on a Subaru Forester

How and where to jack up your Subaru Forester

Subarus are straightforward to jack up, but if you have never done it before or you just don’t want to screw something up on your car then this post is for you.  Using the provided jack points and few jack stands it is possible to rotate your tires and do an oil change on the forester in a few short minutes at home. If possible you should rotate your tires every oil change. I usually do mine while the oil drains out of the car.

This post directly applies to the following models: (Most suabrus are very similar)

The Following Images Show the Jack Points on a Subaru Forester 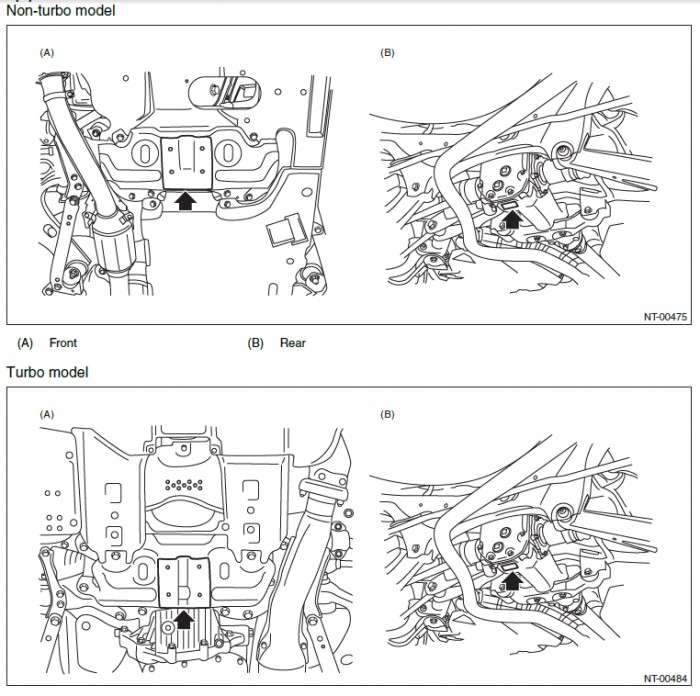 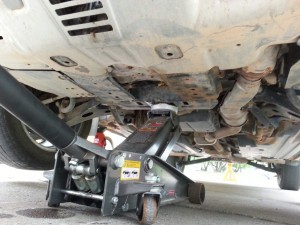 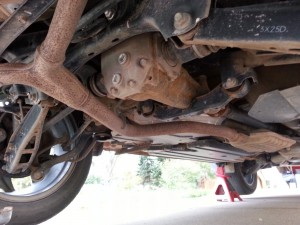 Subaru Forester Rear Jack point. (Just below the two bolts in the center of the picture) The rear differential will flex when you jack on it. 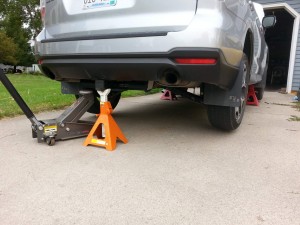 If you have an after market hitch you get to cheat.

Where to Jack on an Impreza or Cross Trek. 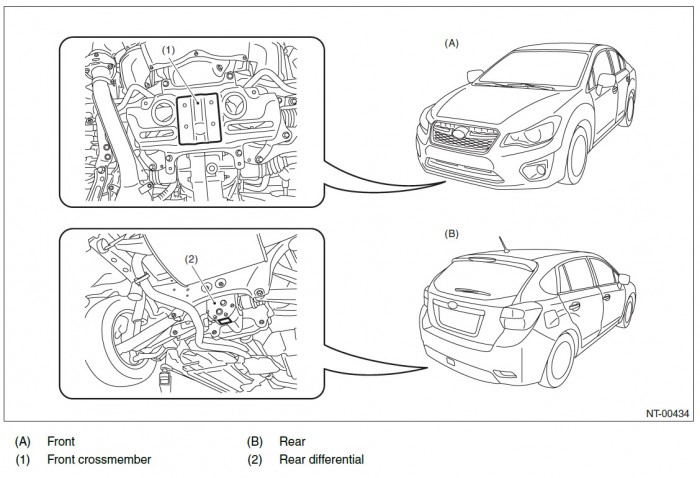 DO NOT win a Darwin Award! 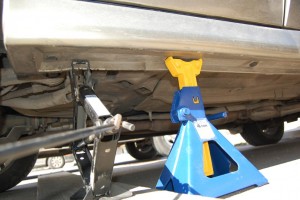 NO! If you do this there is a very good shot you will die under your beloved Subaru. 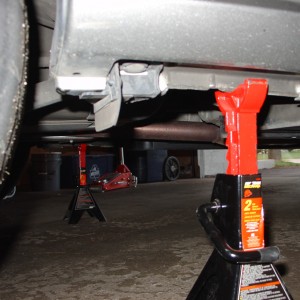 Jack Stands only go this way. Never put them on plastic! Always on a flat surface.  If you see a jack stand that is not flat on the floor jack the car back up and reset the jack stand. 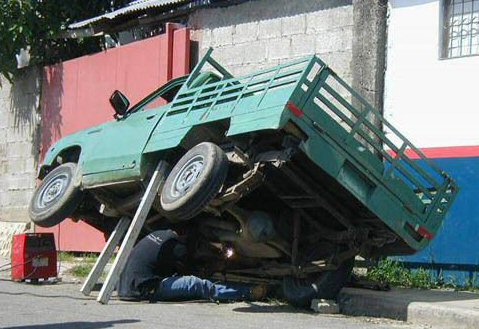